Broad Institute has announced that the patents granted to MIT, Harvard and Broad Institute concerning CRISPR editing of eukaryotic genomes do not interfere with patent claims filed by UC Berkeley and the University of Vienna, according to a decision handed down by the U.S. Patent Trial and Appeal Board on February 15.

The decision confirms that the patents and applications of Broad Institute and UC Berkeley are about different subjects and do not interfere with each other. Broad Institute and collaborators were issued patents for methods for genome editing in eukaryotic (including human) cells, while UC Berkeley and collaborators applied for patents concerning CRISPR methods based on studies in cell-free systems that did not involve genome editing in eukaryotic cells.

In its official response to the decision, a Broad Institute spokesperson stated:

We believe CRISPR should continue to be available to the global scientific community to advance our understanding of the biology and treatment of human disease, and to help lay the groundwork for a new generation of therapies. Consistent with our founding principle to propel the understanding and treatment of disease, Broad Institute and our partner organizations will continue to work to disseminate and share CRISPR genome editing tools to maximize public benefit, especially by continuing to make this transformative technology freely available to the worldwide academic community and for commercial and human therapeutic research through our inclusive innovation model. 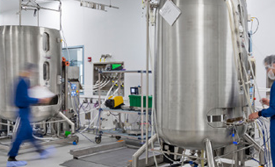