Karuna Therapeutics has announced positive results from its Phase 2 clinical trial of KarXT for the treatment of acute psychosis in patients with schizophrenia.

“The schizophrenia treatment landscape has remained rather stagnant for decades with therapeutic options relying on discoveries dating back to the 1950s,” said Steve Paul, M.D., chief executive officer, president, and chairman of Karuna. “KarXT and its novel muscarinic receptor mechanism of action represent the potential to become a true advancement in how schizophrenia is treated, allowing patients relief from their debilitating psychotic symptoms without experiencing some of the very troubling side effects associated with current treatments.”

Schizophrenia is characterized by recurring episodes of psychosis requiring long-term treatment with antipsychotic drugs in most patients. It affects more than 21 million people worldwide and 2.7 million Americans. At least one-third of patients with schizophrenia fail to respond to current treatments, with 74% of patients discontinuing within 18 months of initiation. People with schizophrenia have a 10- to 15-year reduction in life expectancy and struggle to maintain meaningful interpersonal relationships. The World Health Organization ranks psychosis as the third-most disabling medical condition in the world. (Source: Karuna Therapeutics Website, 18 November, 2019)

A Thanksgiving Thank You… 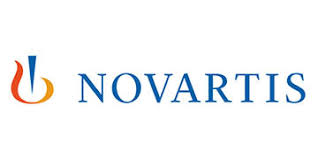