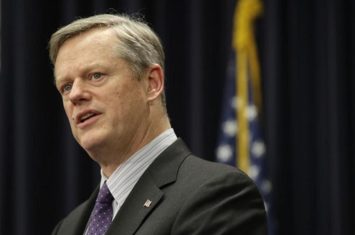 Governor Charlie Baker once seemed skeptical about continuing the 10-year, $1 billion life sciences initiative launched by his predecessor, Deval Patrick. At the MassBio annual meeting on March 31, Baker left no doubt that he’s all-in, outlining an ambitious vision for extending the initiative after its initial term expires at the end of 2018, saying […]
Read More 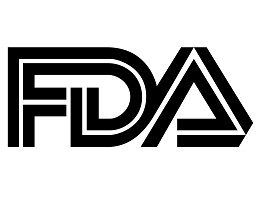 Sanofi has announced the appointment of Bill Sibold as Executive Vice President Sanofi Genzyme, effective July 1, 2017.  In this role, Mr. Sibold will be a member of the Executive Committee. He succeeds David Meeker, M.D., who will leave the company at the end of June after a distinguished 23-year career with Genzyme and Sanofi. Mr. […]
Read More

Sanofi and Regeneron Pharmaceuticals announced that the FDA has approved Dupixent, the first and only biologic medicine approved for the treatment of adults with moderate-to-severe atopic dermatitis (AD), a form of eczema, whose disease is not adequately controlled with topical prescription therapies, or when those therapies are not advisable. Dupixent is a human monoclonal antibody […]
Read More

Amgen in Thousand Oaks, CA to Lay Off, Relocate 500 Employees, Some to MA

The Pacific Coast Business Times is reporting that on March 22, Amgen notified nearly 500 employees at their Thousand Oaks facility that they will be re-assigned, relocated, or laid off over the next year and a half. The reassigned employees will be transferred to a new facility in Tampa Bay or to R&D in Cambridge, […]
Read More

As reported by Robert Weisman in The Boston Globe, following a report that Burlington-based Flexion Therapeutics is negotiating a sale to French drug giant Sanofi, Flexion shares rose more than 33 percent. Spokeswomen for Sanofi and Flexion — which has a promising knee pain drug up before US regulators — declined to comment. The purchase […]
Read More

The FDA has granted accelerated approval to Bavencio (avelumab) for the treatment of metastatic Merkel cell carcinoma (MCC). This is the first FDA-approved treatment for metastatic MCC, a rare, aggressive form of skin cancer, and EMD Serono’s first cancer drug launch. The drug has been approved for adults and pediatric patients 12 years and older, […]
Read More

As reported by Robert Weisman in The Boston Globe, Biogen’s patent on its top-selling multiple sclerosis treatment, Tecfidera, was upheld by a legal ruling in which the U.S. Patent Trial and Appeal Board rejected a challenge by Texas hedge fund manager Kyle Bass. Bass has been working for years to invalidate key intellectual property rights […]
Read More

Waltham-based Arrakis Therapeutics has completed a $38 million Series A financing led by Canaan Partners with participation by Pfizer, Celgene, and biotech industry leader Henri Termeer, among others. Arrakis was founded with a vision to create a proprietary, transformational discovery platform that identifies small-molecule drugs that act directly on disease-causing RNA.  The company was established […]
Read More
Page 30 of 31«‹28293031›